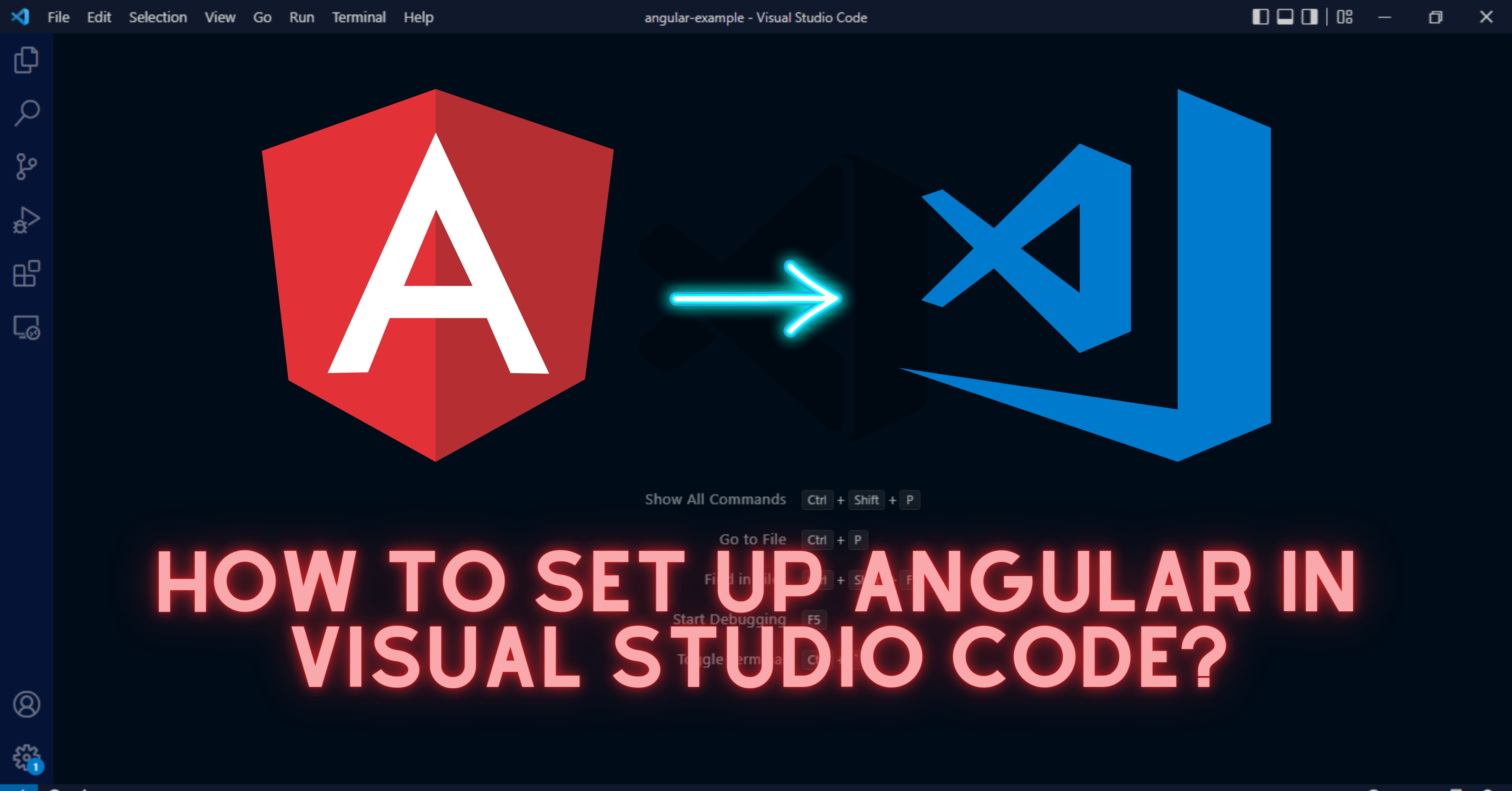 Angular is a JavaScript framework for building client-side Angular applications. These are applications that run entirely in the user’s browser. We use HTML and CSS to build the user interface, and write our code in TypeScript, an enhanced version of JavaScript. Typescript is a superscript of JavaScript. That means anything that you can do in JavaScript, you can also do in TypeScript using the exact same syntax. The following guide will help you set up Angular in Visual Studio Code.

With NPM, you can install libraries, packages, and applications, along with their dependencies. You’ll need NPM to install all the libraries for Angular. You can install NPM by installing Node from nodejs.org. The NPM package manager comes bundled with it.

The Agular CLI is a command-line interface that you can use to create a new project, generate code, execute your application, deploy to production and much more. To install Angular CLI, follow the below steps:

The above command will create a folder or project named “angular-example” on the Desktop.

Now that we’ve created the project let us open it in the VS Code. Follow the steps below:

Do the following to run the project:

Follow the steps below to debug the Angular project: